It’s easy. Bonnie and I discovered long ago that although prayer is the calling of God to all believers, it is our decision whether we respond or not. Once we make the commitment to seek God’s face in prayer, He honors our decision by empowering us with a special outpouring of His grace, strength and physical stamina.

Prayer has always been a foundation of our ministry. Ever since the beginning, the Lord has impressed upon me the necessity to fast and pray on a regular basis.

As a result, I have witnessed God’s miracle-working power operate in many nations. I have watched as masses of people were touched by God’s healing power.

I have seen God break the powers of witchcraft and demonic forces, setting the oppressed free. On one occasion, I saw a child raised from the dead.

The secret to this ministry has always been the anointing of God that is released through prayer and fasting. To Bonnie and me, prayer has never been a duty but a precious privilege, allowing us to walk into the throne room of the King of kings and gain an audience with Him.

The Design of the Watch

For eight hours each Friday night we come before the Lord, fasting from food and sleep in order to focus on vital issues the Holy Spirit reveals to us to attack in prayer. The Lord often visits at night, as we see in Scripture and as Bonnie and I have seen in our lives.

We must mount an offensive attack at night because the enemy of our souls is busiest while most of us are sleeping. It is the night—the darkness—that has previously been Satan’s prized possession.

Through what we call the “Watch of the Lord,” we are taking back the night and claiming it on behalf of its Creator, the Lord Most High. The watch starts at 10 p.m. and ends at 6 a.m.

We fast from chitchat and socializing at the watch in order to give the Lord and His purposes our full attention. Those who come to pray with us are free to nap if necessary in order to complete the last few hours of the watch.

We always wait on the Lord to determine His agenda, then we praise and worship Him. Ministry usually begins around midnight with corporate intercession for global ministries and for the nations.

At one point watchmen lay hands on the American and Israeli flags, and we pray for God’s land, Israel, and the nation in which we live. We pray for American and world leaders and the concerns reflected in the day’s headlines.

The Holy Spirit quickens various Scriptures to us throughout the course of the watch. We receive a living word from God each week—the essence of what He appears to be saying to His corporate body at that given time.

As we pray and intercede, prayer requests we’ve received are passed out and prayed over. We pray for our staff, other ministries, our police force, the schools and other agencies. Toward the end of the watch we always celebrate communion.

Often the Holy Spirit moves in our midst, performing healings, releasing prophecy and touching His people in His deep and profound way. Always we take our direction from the Lord, the Captain of the watch.

A normal watch may find prayer warriors at the altar, some people fallen out around the altar under the power of God and others throughout the auditorium curled up in sleeping bags or with blankets and pillows. We are very informal during these all-night prayer vigils.

Our prayer focus is always the higher agenda of the kingdom of God rather than our own personal needs. After we have focused on and prayed for the things on God’s heart, the Holy Spirit will normally minister to our personal needs.

We often have a time of personal ministry around 5 a.m. However, Bonnie and I have discovered that when we seek first the kingdom of God, our personal needs are met supernaturally!

The Fourth Watch of the Night

During the fourth watch (between 3 a.m. and 6 a.m.), the glory of God seems to increase in our midst. A lot of the miracles, healings and specific supernatural intelligence occurs during this time, even though it is the time when the fewest people are present.

There is a special excitement and an open heaven in the hours just before the light. When we are at our weakest physically, the Holy Spirit comes in His greatest strength with prayer, revelation and refreshing.

During a military campaign, the hours of the fourth watch are the most strategic hours of the night. They are the most difficult time frame in which to guard against the enemy’s attack and yet the time the enemy is most likely to attack. 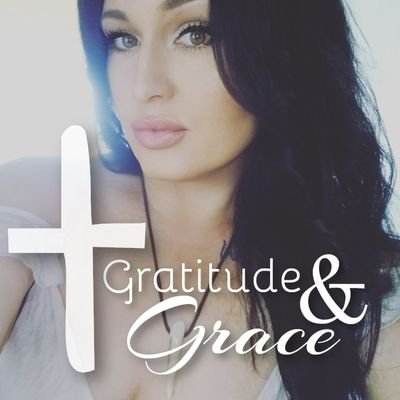